So here’s a primer with tips and tricks that take the guesswork out of pussy-eating and give you and your partner something fun to try together – maybe even tonight!

There’s some general tidying up that should be done prior to going down – and we’re not talking about her. If you’re planning on going face-deep and getting your fingers involved, you must make sure there aren’t any stray pokey bits that could result in a less-than-pleasurable experience.

Trim your nails short. Cut away any hangnails or scratchy stuff. And wash your hands before you touch any parts of her precious pussy. Also, keep in mind that your 5 o’clock shadow might feel like sandpaper against certain sensitive areas, so if shaving smooth isn’t an option, take care with how hard you press your face between her legs.

Keep in mind that while you might be raring and ready to dive in, she might be feeling a little shy. Or nervous. Or even afraid. Some of the most common concerns women have when receiving oral sex include fear that their partners aren’t into it, that their vulvas look weird or smell funny, and that oral sex is just an obligatory precursor to “hitting home.”

Nothing gets a women going faster than hearing how much she’s wanted. How you can’t wait to taste her, smell her, feel her and that your No. 1 priority is giving her pleasure. Letting her know how eager and excited you are to be with her will help calm her mind and prevent pesky thoughts and anxiety from getting in the way of you going down.

It’s important to see what you have to work with before you attempt to make her come. Every vulva is unique – some have large labia, some have tiny clitorises, others have different-colored skin – and the only way to get comfortable is to get acquainted.

She may be lying on her back with her legs spread, but that doesn’t mean you should immediately dive between. There are a slew of important erogenous zones that could use attention to help spark the arousal process – think of it as oral sex foreplay. The less attention you pay to her nether regions, the more sensitive they’ll get and by the time your tongue makes contact, she’ll be writhing and wriggling in anticipation.

Once you’ve paid attention to her body and she’s warmed up to your touch, it’s time to get down to business – sorta. As mentioned above, every vulva (just like every woman) is different with various sensitive spots and no-go zones that can only be discovered through trial and error and talking to each other. Map out her pleasure points by gently touching or licking various areas and asking if she likes how it feels. She should be able to respond verbally (or at least with a moan of approval) when she enjoys what you’re doing and, most importantly, give you a heads up when she’s not feelin’ it. This kind of communication takes the guess work out of giving good head and relieves a lot of the pressure to perform – and makes it a LOT easier to just have fun.

6. Test Out the Clit

It’s important to note that the glans of the clitoris is often slightly (and sometimes completely) covered by a hood of skin. Many women prefer to be licked and touched over that hood because the clit is just too sensitive on its own. Some women enjoy having their clitorises exposed and stimulated directly. And others can only handle licking near and around the clit.

Oral sex for women is sort of like ordering pizza. She likes extra cheese, a little bit of onion, and only eat the crust when she feels like it while that girl over there wants the works with chili flakes and a side of ranch. The only way to know what kind of pizza your partner likes is to ask her. (And she’ll probably feel pretty damn good knowing you cared enough to inquire.)

Now it’s time to experiment with different tongue motions, strokes, speeds and pressure. You’ve probably heard of the alphabet technique (writing out the 26 letters with your tongue) but there’s a better way to find the right rhythm. Circles, up-and-down licks, tickling the tip, side-to-side sweeping, firm pressure, soft flat strokes – the options for pleasurable motions are almost endless and it’ll be relatively easy to tell which ones she wants you to do more of. Women often respond well to repetitive motions, so when you learn the movement she likes, keep doing it at a steady pace. It’s a surefire way to get her closer to orgasm.

PRO TIP: Don’t be afraid to try something and have it not do the trick, because there’s a good chance she might not exactly know what she likes yet and this is a great opportunity to learn together. And heck, you might end up introducing her to something new!

8. Add Penetration (if She’s Into it)

Many women find they can come faster with the addition of vaginal penetration, so check with your partner to see if she’s one of them. If she is, wait until she’s aroused, engorged and excited. Lube up your fingers using her own wetness (or you can use your saliva) and gently insert one finger (start slow!) and try adding a second if she seems ready. Move your finger(s) slowly in and out while you move your tongue on or around her clitoris and adjust speed and movement according to how she responds with her body. Chances are, the sounds she’ll be making will be enough of a sign that you should keep going – and not stop.

It’ll be relatively clear when you’ve gotten into the right groove and she’s on her way to reaching orgasm. Her breath will deepen, her hips might rock and move to meet your face, she might even grab your head and tell you some form of “Oh god, don’t stop!” And if you’ve received one or more of those signs, it’s time to keep the pace and try not to lose it. She’s building her way to an orgasm and it’s your job to ride – and enjoy – the wave! 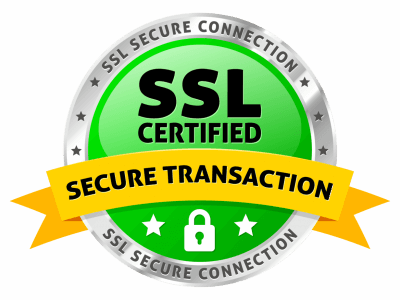